The Power of a deeply felt apology!

Hello everyone and welcome back,

It has been a while!

So I trust you have all had a fantastic Xmas and New Year!

Over the past few months I have witnessed within my own life the incredible power of being able to apologise.

Whether it be to a family member, a friend or a complete stranger – the simple act of saying ” I am so sorry about that” can mean the world.

It really is a gift to oneself. The person making the aforementioned apology.

Take this instance I experienced recently when checking into a hotel.Now it is true that some of my friends have joked with me, that I would be best to have someone else check in for me when going to hotels ha ha ha ha! And that may be true, as I do tend to find the process frustrating at times.

However – I am slowly learning and developing patience.

But on this occasion, that patience had worn pretty thin and I was quite unpleasant to the check in staff to put it mildly. I got my room key, found the elevator and went to my room. Once there however I could not shake the feeling of being so very disappointed in my behaviour and the way I had spoken to the check in staff.

Truth be told – the process had been quite laughable and frustrating and ridiculous in the extreme, for a number of reasons I will not go into here. But still I felt terrible. I could have just suffered through and quietly told them that it was not quite satisfactory. But that was not the decision I had made unfortunately and instead expressed my displeasure rather heatedly!

Quietly  - from the privacy and safety of my hotel room I reviewed my situation and circumstance.

I dressed for my day of exploring a new city, had a cup of coffee and with a steely resolve headed out.

My first stop was the check in counter at my hotel, as I figured that I would not have a nice stay if I felt terrible every time I came through the front door and walked past these two young women on reception.

So I decided then and there to make amends. To make the dreaded apology!

It was the only thing to be done.

The two girls saw me coming and tried not to roll their eyes as I approached and I could see their point to be honest. They had only experienced me in one way earlier  - and that was highly aggravated – by them!

But I approached the counter and launched a full scale apology to the effect of:

” I am so sorry to have spoken to you so rudely before. You didn’t deserve that. You both seem like lovely girls and you were just doing your job. Anyways – I promise to be a much more pleasant guest in the future. I hope you have a delightful day. And once again. I am so sorry to have become so angry.”

I skipped out of that hotel lobby with a new lease on life!

I felt fabulous and no doubt the two girls at the front desk felt relieved and much better too. At least I hope they did.

What struck me as I walked out the door of the hotel lobby though, with an unquestionable sense of relief, was that I could have spent the rest of the day, feeling terrible about this event.

And I know I would have.

But instead – I took the bull by the horns and simply apologised.

My sense of self was firmly intact and the world was glorious.

It really was no big deal at all.

So my advice to any of you out there holding onto ” thing you did or said” that you regret – even in only the smallest of ways. Find that person and simply apologise. It is never too late and it may give you the most incredible sense of freedom.

I think I have finally realised that we are all just doing the best we can and what is important is how we respond to events in our lives. Events outside our control and events of our own making.

Apologising really is not hard. And accepting someone else’s apology is equally as freeing too I have discovered of recent times.

So open your hearts people and get those apologies flowing.

Feel the release that apologising and forgiveness can bring – and move on!

It is simply liberating!

So go and be free!

#Discover You #Love You #Be You

← 5 easy steps to Create a Xmas you will love!
Instead of hate….. just meditate! May your actions speak louder than your t-shirt ! → 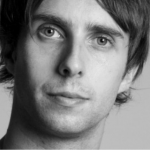 Christine offers advice that will push you out of your comfort zone in a non-threatening manner.

Christine offers advice that will push you out of your comfort zone in a non-threatening manner.
http://abridgetoyou.com.au/testimonials/433/ 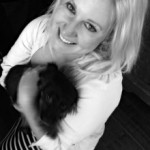 The ABTY blog has really helped me with this whole move actually- just very reaffirming in a scary move. It is just so relevant and inspirational to so many people. I have basically closed up my whole life... Read More

The ABTY blog has really helped me with this whole move actually- just very reaffirming in a scary move. It is just so relevant and inspirational to so many people. I have basically closed up my whole life... Read More
http://abridgetoyou.com.au/testimonials/874/

When you encounter moments that are hard to over come, it’s wonderful to have a mentor like Christine Denny.

When you encounter moments that are hard to over come, it’s wonderful to have a mentor like Christine Denny.
http://abridgetoyou.com.au/testimonials/alexandra-nesevski/

Christine is truly inspirational and authentic in her approach to helping others discover, love and be themselves.

Christine is truly inspirational and authentic in her approach to helping others discover, love and be themselves.
http://abridgetoyou.com.au/testimonials/384-3/ 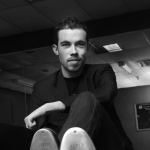 Over the years I’ve known Christine Denny, I have found her to be a constant source of support and inspiration.

Over the years I’ve known Christine Denny, I have found her to be a constant source of support and inspiration.
http://abridgetoyou.com.au/testimonials/371/